Looking back at one of the most stressful, happiest years of my life.

Hey look, it’s a new blog post. The last one I created was over two years ago. I think I could write an entire novel about what occurred in my life during those two years, but I’ll spare you the whole story. Instead, I’m going to write about not only my favorite music, movies, and games of the year, but do what I rarely do and delve into my personal life a bit and give a small (as I can) recap. And forgive me, as I’ll need to go a little further back than 2019 to set up context.

If you don’t care about my life updates, which I wouldn’t blame you, click here to jump to my year in review.

Two years ago this month, I was in the lowest point of my life I had ever been, both physically and mentally. And I say that without exaggeration. To keep this very brief, it was a combination of lack of employment, being flown out across the country for interviews in where I ultimately did not get the jobs, stress, taking more prescription medicine than I was supposed to be taking, having to move back with my mom temporarily for both emotional and financial support, and so much more. What also happened in December of 2017 is I met the most wonderful and genuine woman I’ve ever met, who was also facing her own battles at the time – which make mine absolutely trivial in comparison. But, she saved me.

While I have not been active in updating this blog, if you follow me on any of my social media, then you will know that me and her – we love each other. We’ve been together for a little under two years now. And I’m the happiest I’ve ever been.

Moving right along, it’s early-mid 2019 and we are struggling to see each other as much as we can between my odd work schedule (oh yeah, I ended up finally landing a job in 2018) and her busy life schedule. So to make another long story short, in October we finally found a home that we are happily renting out together with her two amazing daughters.

This lovely lady’s name is Angela, or better known as squiddol online.

I’d also like to discuss my current involvement with Twitch as it is and has always been a big part of my life. So even though I’m not known as a streamer, most people know me as… I guess the best way to put it would be a contributor to the platform. Between the API I host (powered by DecAPI), the guides I’ve written, and the general assistance provided to streamers via Discord support channels and elsewhere, I’d say I do contribute quite a bit. Well, I did contribute – not so much anymore.

My involvement in Twitch drastically trailed off shortly after they launched the Affiliate Program back early 2017. I basically did the paperwork necessary to become an affiliate, did a few streams here and there, and then completely stopped altogether. There really was no particular reason why. It just happened. I still was an avid viewer of streams for quite a time after, between chatting and subscribing and just general support. But even then, a few of my favorite streamers stopped streaming as well, and my interest of watching any streams at all began to drift just as my interest in streaming did. The only thing that I did keep up with was the technology, features, bots, outside community – almost everything relating to Twitch except the core components like streaming and watching streams. And since I have been keeping up with all the new features from the sidelines, I’ll throw my quick two cents in now and go against the majority opinion: I am a huge fan of the features, UI changes, and tools that Twitch is pumping out at what seems to be a more rapid pace every year.

Additionally, I was able to talk squiddol into starting up a Twitch channel of her own, despite her hesitance at first. She quickly became affiliate and collected a small but nice community of her own. Unfortunately due to real life, she has also been taking a bit of a hiatus, but also wishes to get back into streaming as well.

The good news is, we both have Twitch plans moving forward, but I’ll talk about that more in an upcoming post!

Artist Of The Decade: Modest Mouse

For much of the above, I simply had The Menzingers on my clipboard so I could paste it over and over. In short, they put out an album in October shortly before my birthday. This meant that not only was I back to back listening to their old albums in anticipation for their upcoming album, but when the new album dropped, you better believe that I basically had that album on repeat.

Also to note, Spanish Love Songs was my artist of the year last year with their album Schmaltz, so to see them on the list again at the number two spot, when all they released this year was an EP, means that even with all the enjoyment I got from their album last year, it wasn’t enough and ended up bleeding over to this year.

Oh and I’d love to give a shout out to Deanna Chapman of Sincere Engineer who is also on my list. Her album came out back in 2017, but I only discovered it this year and was blown away – reminded me very much of Chumped who I adored. After hearing the album, I felt I had to reach out to her for an interview for my Glitched side-project, and she was kind of enough to agree to participate.

Lastly, my artist of the year: Modest Mouse. If you know me, then you know this is my favorite band of all time. And seeing Spotify cement this in its statistics is no surprise whatsoever.

I’ll admit it, this list is not a good list. I did not get to watch as nearly many movies as I typically do, or that I would have liked to. Unfortunately I’m not going to be able to watch all the movies from 2019 that I wanted to before the end of this year comes, so I will have to make do with what I have. This mostly is due to the fact that I was much more engrossed in the video games and music of 2019, but also just real life stuff. That said, here we go…

Honestly, this year had only three good movies that I was able to watch, and those are in my top three spots. Everything else was simply meh in my opinion. However that’s not to say I think this year did not have some amazing movies – I just unfortunately did not get to see them for the reasons mentioned above. Some of those movies that I’m sure I would have liked are Parasite, Extremely Wicked Shockingly Evil and Vile, Ready or Not, and a few more.

And though I’m not sure they would have made my list (I could be wrong), I did also want to see The Lighthouse, In The Tall Grass, Midsommar, and Girl On The Third Floor. And for the absolutely garbage movies I wasted time watching: 47 Meters Down: Uncaged, Crawl, The Curse of La Llorona, Child’s Play, and Happy Death Day 2U.

Oh, and did I mention Crawl?

Alexandre Aja, you gave us Haute Tension, Mirrors, and The Hills Have Eyes! Why on earth did you give us Crawl!? Take it back.

I had an absolute blast with a ton of video game titles this year. My only regret is that I didn’t play more. The Switch really kept me busy this year, as well as a PS4 exclusive, and a handful of PC games. Overall, a great year with some great releases. Trimming this down to a Top 5 was just unfair, so I’m going to cheat and do a Top 10. The platforms I have listed in parenthesis are what I personally played them on.

Where to begin? Just a solid year for games. Per usual, there’s some animosity or hostility with a few of the titles I picked, but that’s the gaming industry and fan base for you. Some examples such as Borderlands being an Epic exclusive, Pokemon missing some of the fan favorites, Mario Maker doing online poorly as Nintendo usually does, etc. But there’s one thing I go out of my way to do, which is actually more difficult than it may sound, and that is I avoid the communities and websites that I know wish nothing more than to spit on a game or developer or studio for <insert reason here>. Generally I actually put quite a bit of mileage in the game, or even beat it completely, before looking into reviews and other people’s opinions – which I highly recommend doing if you don’t already.

For my top two games, Borderlands and Zelda, it was tough. It was really tough. Link’s Awakening was actually the very first Zelda game I ever played back on my original Game Boy my mom got me for Christmas. So not only was there a heaping amount of nostalgia there, there’s no denying the artwork was phenomenal (and adorable). I believe it to be the best remake of a game I’ve ever played before. That said, placing Borderlands above Zelda in the list was difficult. In the end, it came down to the fact that I have and will get more mileage out of Borderlands. But honestly, I wouldn’t mind whether I had put Zelda in my top spot or not.

I’d also like to throw out some honorable mentions here as well that include Rage 2, Oninaki, and Ring Fit Adventure. My only disappointments this year would be the fact that Doom Eternal got pushed back, that Wolfenstein: Youngblood was just awful, and that Little Town Hero was nothing like I thought it would be. Oh, and dear God, Anthem. Oh God, burn it down.

Aside from those, thank you to all the studios and publishers for a great year!

This year was a scary, exhausting, long, anxiety-ridden roller coaster. But a fun one that I wouldn’t change for anything. And don’t forget, you can always follow me on all of my socials which you can find here.

Header image from Modest Mouse’s album artwork for Whenever You See Fit. (source) 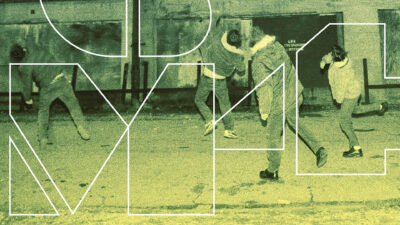